The past two days have been intense and fulfilling. We left our base at 5 am yesterday and started what we thought would be a five hour drive to a recently liberated area. Our mission was to preach, do a distribution, and evacuate people wanting to flee the fighting.

Our drive ended up taking ten hours, instead of five, because we kept having to drive through a lot of mud in the fields to go around destroyed bridges. One of our tires even sprang a leak from driving over shrapnel.

When we arrived at our destination, a front line town, it was to late to do a distribution, so we looked for a place to sleep. The local trauma hospital said we could sleep there so we settled in for the night. The battle was raging nearby, and we could hear machine gun fire and bombs rumbling and crashing.

Shortly after dark the Russians sent an illumination flare over the hospital, looking for bomb targets. The hospital director rushed in and ordered us to go to the back of the hospital so we would not be hurt if the Russians start bombing the place. Several times throughout the night, bombs landed close enough to shake the building, and each time the explosions would wake me up. Sometimes the sky would turn orange from the fireball. By dawn though, things had quieted down.

In the morning, we were able to share a short message of hope and do the distribution. After that, we went to a collection point to pick up the people who wanted to be evacuated. We evacuated 13 people, including 1 person on a wheelchair and 2 invalids that had to travel laying down.

We are now on our long ride home. In several hours, our team will split. Some of us will return to the base; and others will turn around and go back to evacuate more people.

We are grateful to God for His protection once again. Pray for continued safety and energy for our teams as they continue carrying Jesus’ light and hope into the darkest parts of this country. 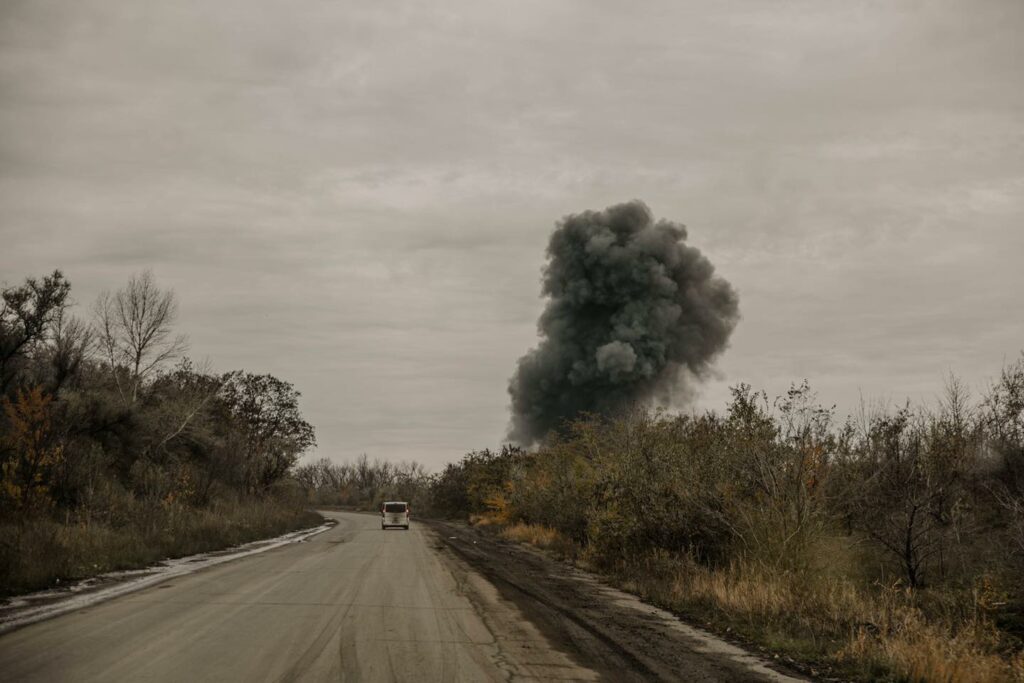 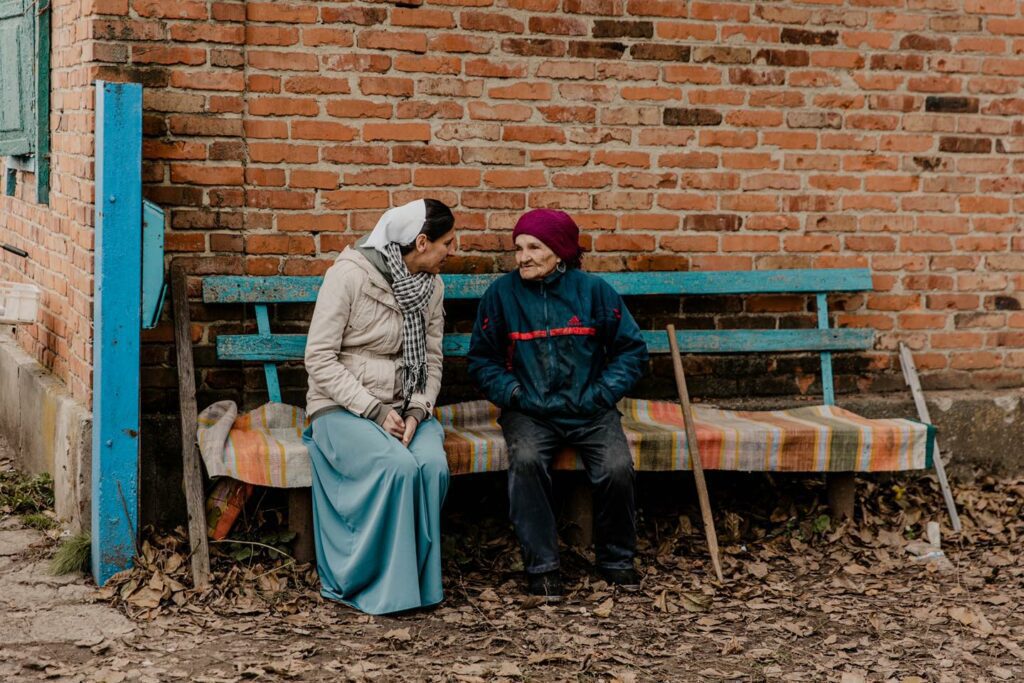 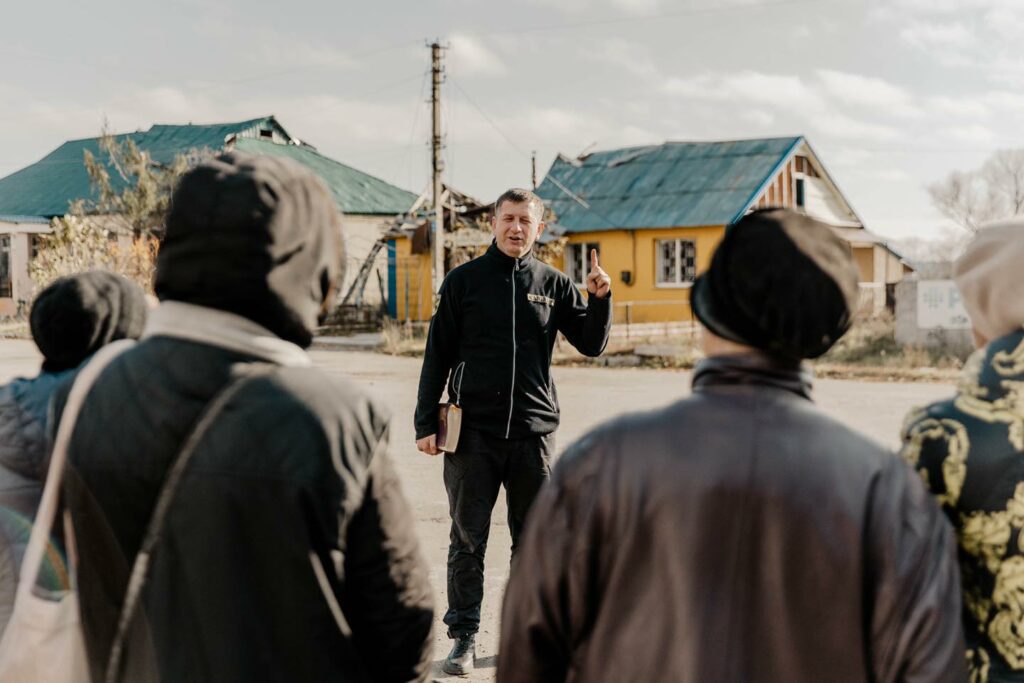