Skip to content
Early one morning a team of 6 and 260 food parcels packed in 2 vans, headed out again to the Eastern frontlines of Donetsk to the town of “Velyka Novasilka”.
This was my fourth time here, and as we arrived, I was struck by how there were far fewer people gathering than usual. There was also a noticeable amount of destruction that had been done since the last visit, 5 weeks prior.
On the first street where usually 25+ people would gather, only 7 people came out for the service and distribution. Seemingly, a lot have finally evacuated as the shelling became more frequent and winter weather started to set in.
As Chaplain Leonid shared some truths from the Bible to the small group of people, I looked over them as I usually do. I noticed the one elderly man who always gives the warm smile & handshake, that lady who tried so hard to talk to me a time before, and I wondered where the little orphan boy was, hoping he’s safe somewhere…
I always feel sort of useless as I stand around during the services; not being able to understand what’s said, or talk to the people who come over asking questions. So what I often do is pray for them, that they would hear & understand the Gospel, would be kept safe, and would one day live again in peace.
I’ll never understand quite what these dear people are going through on a daily basis, as they try to continue life in their homes, where many have lived their entire lives!
After the service and distribution was completed, we moved on to the next location near some apartment blocks. Here again there where less people than previous times, but still a large group gathered, many coming from down the street on their bicycles or mopeds.
The distribution went as usual, everybody got a food parcel, some got blankets, others got hygiene products, and medicine & Bibles were also given out.
But then something unexpected happened. A man & woman came to Leonid and asked if he would marry them!
So right there between the buildings and with the occasional thud of incoming fire across town, we had a marriage ceremony.
Leonid preached a short service, with a few neighbors, stray dogs and us as their wedding guests. It was certainly quite the experience!
Click here to support the project 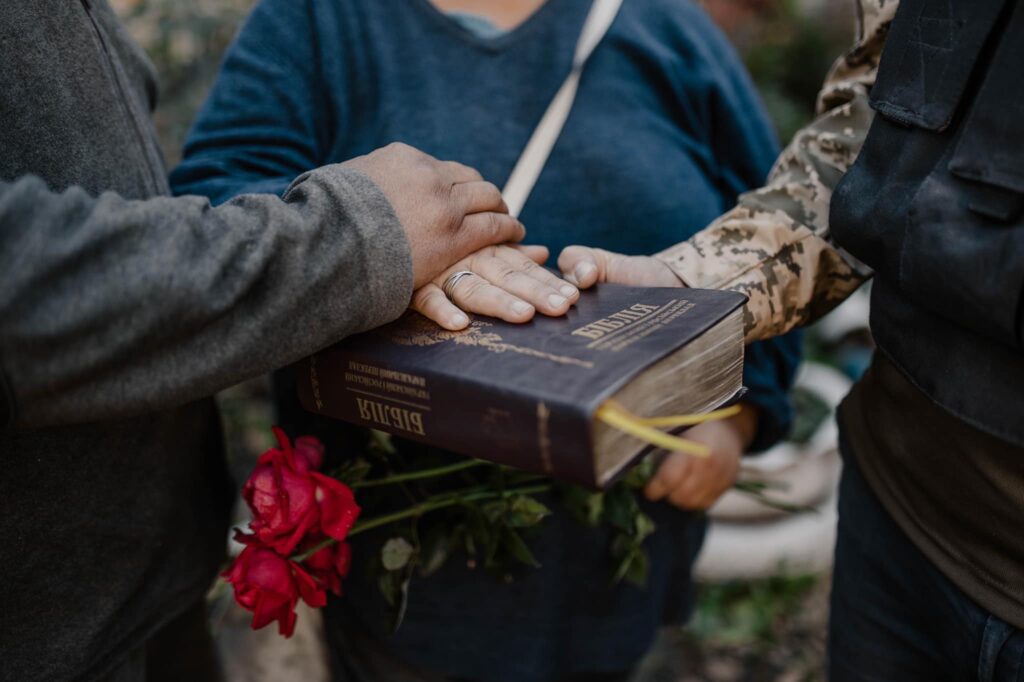 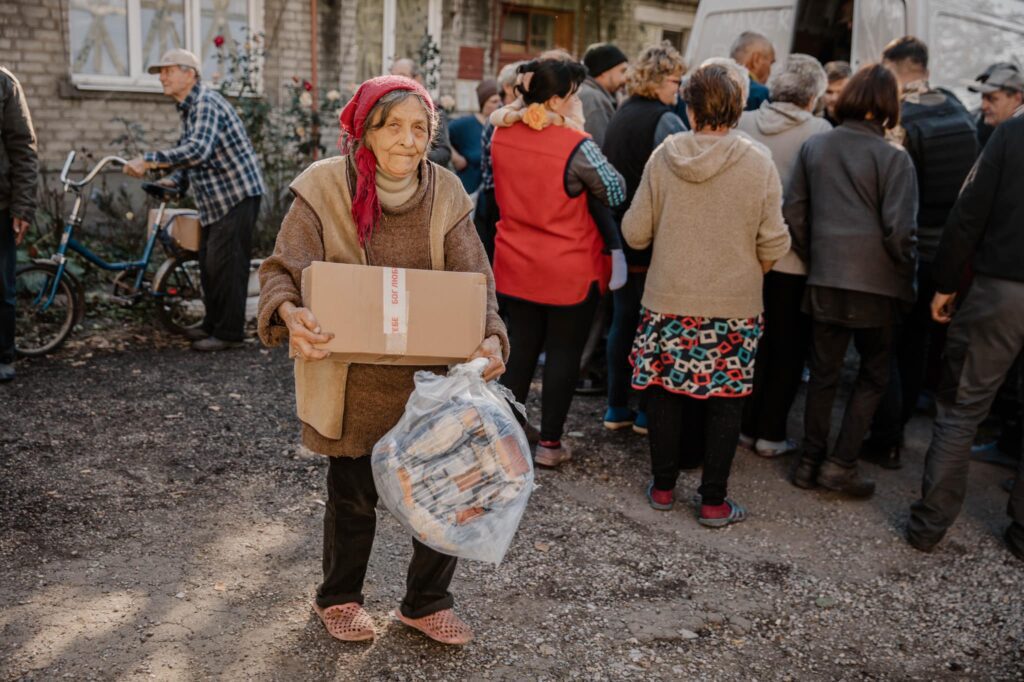 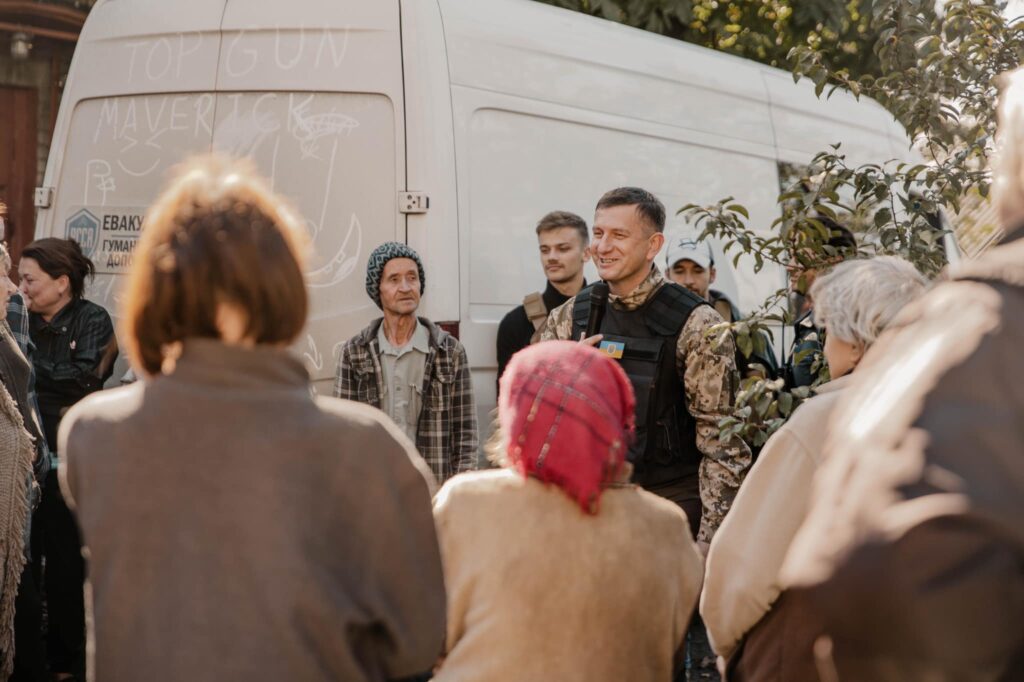 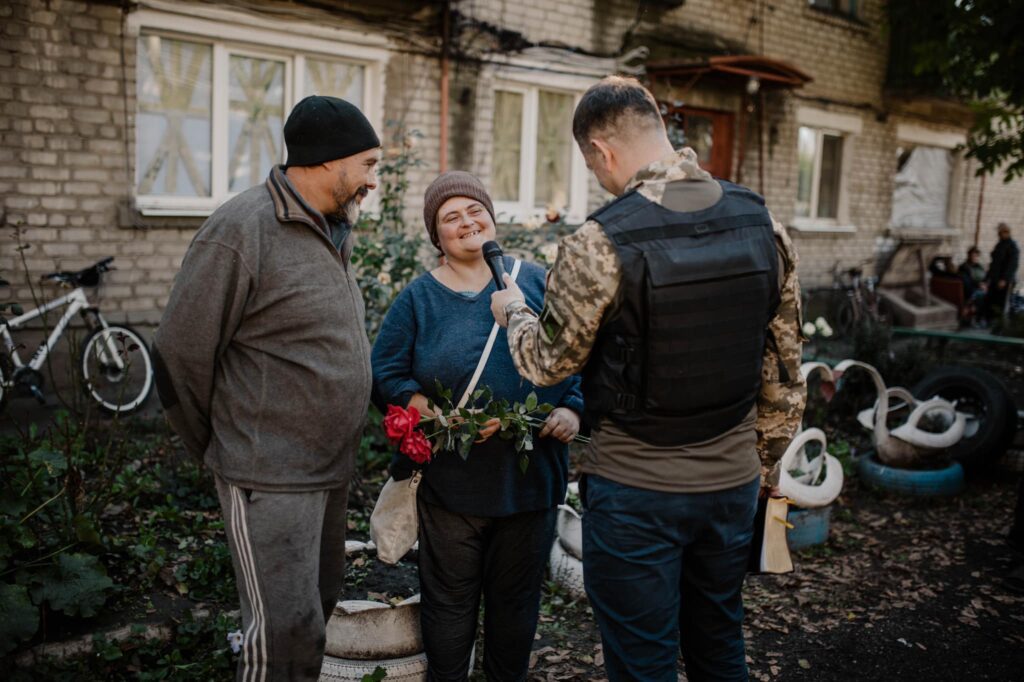